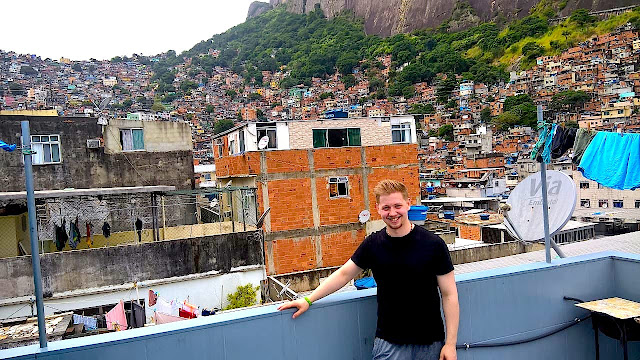 It's always awesome to receive people from other countries who want to experience Rocinha and contribute to projects that help the residents. I never imagined that I would be involved in this, but it happened kind of by accident. I have known "Nandy" for a long time. I have always used his services when I needed business cards or flyers done. Nandy is reliable and his work is good.

About a year ago he approached me about English classes and I told him that it was difficult to organize and set this kind of thing up because you need a place that is like a classroom, books, and how is it to attract students. My thinking is that it would be too much work and I already was working with the dj school and animal shelter. There are a few other English schools here and I mentioned to one of them to contact Nandy to try to organize something but they never followed up. So, I felt I should at least give it a try. It's a challenge, but it's now going on.

Finally in April of 2018, I finally decided to sit down and have a meeting with Nandy, Heberson and Vinicius, the main people wanting to help organize this. Nandy is connected to the "First Baptist Church of Rocinha". They offered a classroom and we set up everything up to get the classes off the ground. Nandy and Vinicius created this project called "Nasceer" which under this name there are several projects. Some of them are "Reforca Escolar" (Home Work Club), Jiu Jitsu, Muay Thai and the "Rocinha in English" Classes.

My job with Nasceer is as Executive Director of Communications. I promote their projects to locals and also try to attract potential volunteers that would like to help or create unique classes that can enhance the cultural experience between people of different countries. My focus initially was getting the "Rocinha in English" classes off the ground.

Being that I have been involved in Brazilian Jiu Jitsu since 1996 it was only natural that I would also gravitate towards helping them too. There are many kids that need Jiu Jitsu uniforms, so I am working on a project to get kids uniforms through fundraising and donations. I will help in any way that is possible. I also started a facebook page called "Rocinha in English" to attract more locals to participate.

For those that want to create a new project, I am the first contact. Nandy is the administrator who signs people up for the classes and facilitates the space(s) where project(s) will take place. Nandy and I work together to ensure that everything is done correctly. It's awesome to finally work with another person who is serious about this kind of work. And another person who follows through. We are a good pair.

Otto Munter from Finland, had contacted me some months before arriving in Rio and asked about volunteering and I gave him an idea of how he could help. I organized everything from meeting him, bringing him to the guesthouse and projects. I found him housing in a nice area of the favela and he took two tours of the community so he could be comfortable and independent. He was only here for 1 month which goes by very fast. The students enjoyed his teaching and now all I hear is how much they miss him. We hope he can return someday.

I asked Otto to write something about his experience in Rocinha as it is important for us to show that yes, you can come here and make a difference of the lives of people here. Rocinha wants to thank people like Otto and any other volunteers that come here and sacrifice their time to enrich the lives of others!

Below in Otto's words, his experience:

My name is Otto Munter. I come from Finland. The reason I wanted to visit Brazil at first was because I needed a long holiday far from Europe. Then I became aware of the situation of favela people in Rio de Janeiro and I felt like I want to help any community there the best I can.

I watched many documentaries in youtube about favelas and there I found out about Rocinha. I watched videos about Rocinha and thought it could be place for me. I also found a blog in the internet written by Zezinho who lives in Rocinha. We started sending messages and he promised to help me if I wanted to volunteer some projects in Rocinha.

And after six months of working and getting enough money, I finally travelled to Rio. I found my way to Rocinha and got introduced to the project organizers. 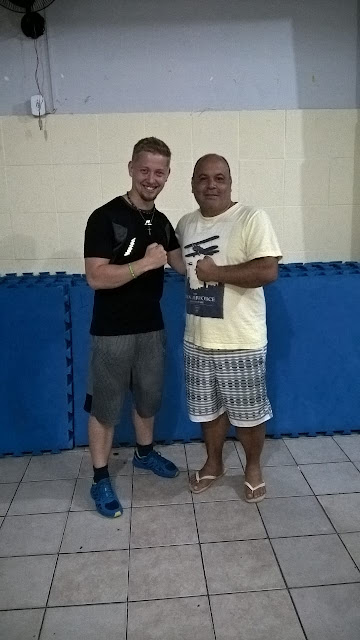 Otto after the English class with "Nandy" one of the project organizers.

I taught the youth class from 3-4pm and the adults in the evening from 7-8pm. Both classes were only 1 hour long. 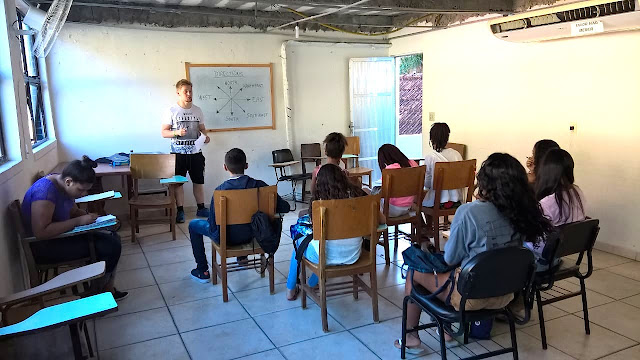 The reason I wanted to stay in Rocinha was because I really wanted to live inside the community since I was helping them and wanted to feel a stronger connection to community. I felt like I didn't need any luxury hotels or anything like that. I stayed in a very nice guest house in Rocinha.

I like many things about Rocinha. The people there are very kind and seem happy. Everyone was very friendly. I also like that Rocinha actually never sleeps. There seems to be action through every night and day. I really like the buildings and architecture in favela. I've never seen anything like that. Many buildings seemed like very fragile but they were still firm.

What I don't like about Rocinha were the shootings. Fortunately there were not many shootings when I was there. Mostly people were firing fireworks. Actually I didn't like that either since sometimes it was hard to get sleep while there were fireworks going on outside. But better fireworks than shootings for sure.

My overall experience in Rocinha and in Rio was amazing. I really liked teaching english and seeing how my students developed their english skills. What i would change about Rocinha are of course minimizing the shootings to zero. Actually there are not many other things I would change. I like how differently things are organized compared to Finland and other western countries.  I wouldn't change other things because everything reflects local culture which I like.

I recommend volunteering to Rocinha for anyone who is interested about helping other people. Zezinho is a great guy and he can arrange all sorts of volunteer work for anyone who wants to take part to the projects. I wasn't afraid of the shooting because they happened pretty far away from where I was staying. And Zezinho advised me very well about the no-go areas. I wish I could return to Rocinha and this time with my wife. I think it's more likely.

I would like the world to know that favelas in Rio aren't how they are portrayed in Western media. Before I visited Rio, my image about favelas was very violent. I thought they were full of criminals who terrorize the community. After spending a month in the favela my mind has changed. I found happiness and kindness there. Something that's hard to find even in Finland and Western countries. There were some bad things going on of course but the things I encountered in Rocinha were mostly positive.

To learn more about volunteering for "Rocinha in English" or if you want to create your own project contact Zezinho at: visitrocinha@gmail.com 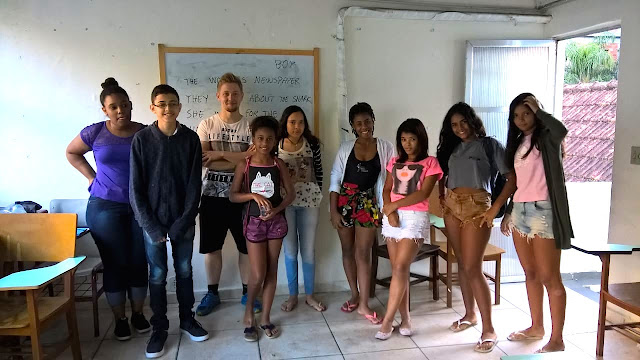 Posted by lifeinrocinha at 5:24 PM