Taking Care of Your Health 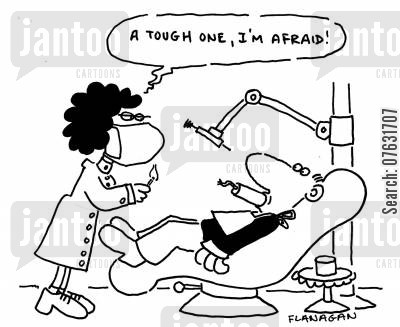 This drawing represents my feelings dealing with dentists and the process in the last 3 months just to get two teeth pulled!
(originally written July 15th)

When I was in my 20’s and 30’s, I was in great shape. After about 42 years, I started to notice changes. My metabolism slowed down. I seemed to be tired more. I was not as active. I had to focus on work more so fitness took a back seat. I have never touched any kind of alcohol in my life, including beer. I did socially smoke (the life of a club Dj) for about 5 years but stopped over 2 years ago. I have no desire to smoke again. Drugs were something I never had interest in. I don’t even like taking any kind of pills if I am sick.

My focus was work. Growing up I had always been poor and yet I was in shape. Interesting how that works. Since starting my business, yes, I have more money now which is nice. But at what cost? I miss being in shape, skating, playing hockey, practicing Jiu Jitsu. I look back and things were difficult but I was healthy. I didn't have much money but I had energy and was involved in so many sports activities. Now, I am about 25-30 kilos over weight, lack energy to do anything physically for more than 10-15 minutes. Even walking long distances is not easy. So, this post is me going to hold myself accountable and take the steps to improve my health.

My one biggest problem is food. I don’t always eat the best stuff. I am slowly trying to change my ways. I also like to drink diet soft drinks and I know I need to stop this bad habit. I remember when I used to drink 5-6 diet cokes a day. I am now down to one or none. Today I had one but yesterday I had none, so I am slowly weaning myself off this habit. I am trying to drink more water.

When 2015 came around, I told myself I was going to work on getting healthier. My biggest health concern is my teeth. The last 3 months have been hell trying to find a dentist who can do the work I need.

When my dental pain first started I went to a place here in Rocinha called Dental Clean. They were able to remove 2 teeth. I went back a couple of weeks later to have more work done and the dentist tried to freeze the tooth but it didn’t work. After trying to numb the tooth, it could not be removed. Every time the dentist poked around, even with the numbing, I could still feel pain. I told the dentist that I had this problem before and that the reason why they could not numb the tooth was that there was an infection. So this dentist gave me pills to take to get rid of the infection.

I felt the dentist didn’t really know what she was doing because I tried to explain to her my previous experience and she didn’t seem to respect my explanation. I told her that she already removed 2 other teeth with no problem. Why would I be lying this time about this tooth? So, I went in search for another dentist.

I found another dentist and had a consult there. The dentist who looked at my teeth said that he could not remove the problem tooth but another dentist in the same clinic could do the job. So, I made an appointment to see this other dentist. The morning of my scheduled appointment she cancels on me. So, now I am really upset  as twice now problems have occurred with dentists in Rocinha.

Next step, I go to our UPA which is a 24 clinic/mini hospital.. I set an appointment and the following week, I arrive. I explain all my experiences with the dentist. He tries to freeze the tooth, but again, he tries to remove the tooth. On the top of the tooth, there’s little or no pain but as he gets deeper I feel sharp pain. I tell him its too painful. Again, the tooth cannot be removed. I am so frustrated after this. What the hell do I need to do to get this tooth removed? Its determined that it’s a wisdom type tooth with a deep root. The dentist advises me to get x-rays.

My next step is I get X-Rays and go on a search for a dentist. I ask around and finally one of friends refers me to his dentist in Gavea. We call them and on the same day, I go for the consultation and the doctor says that I need oral surgery. I book an appointment for next Wednesday, which is in 4 days. 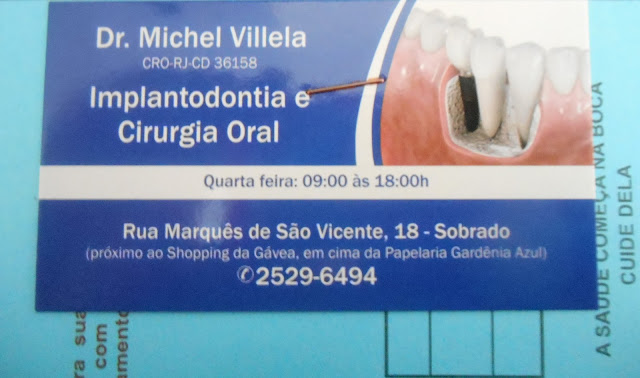 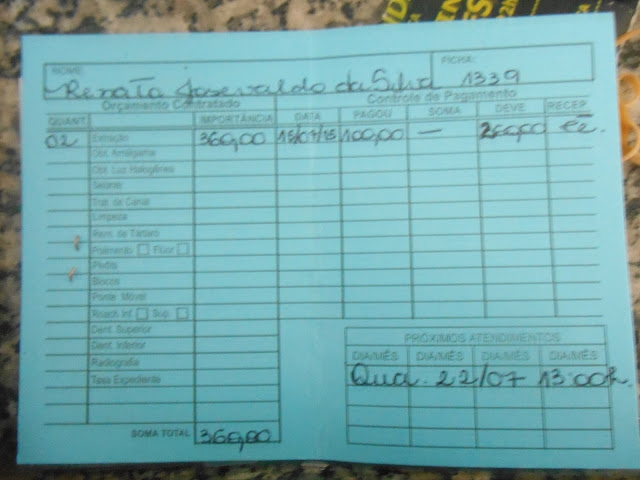 I called around to many dentists and one gave me a quote of 530 reais just for a consultation. The clinic in Gavea, said the consultation was free and the cost to remove the 2 wisdom teeth was 360 reais. This is a lot better than other clinics where I was quoted 600-700 reais each tooth. I am so happy I looked around and for my friend’s referral.

After I get my teeth done, the next step is to get to the gym and start working off this weight that I have gained in the last 4 years.

I had a difficult time sleeping last night due to all the pain I have had to endure for this teeth problem. I woke today ready but nervous.  At 11am I took an anti- inflammatory pill as my tooth on the bottom was hurting.  I arrived at the dentist and let him know my fears of the previous times where the dentist hurt me and the tooth could not be removed.

He gave me the shots to freeze the area and left the room to allow the freezing to set in, but I could still feel pain deep in the tooth. I asked him if he could gently test the area before just “digging in”.  He gently poked and hit an area that was really sensitive, then had to freeze that area. Finally after about 10 minutes, he started extracting the tooth. It took him a good 15 minutes to take it out as the tooth was impacted. Finally the tooth is out and I can relax.. After the area was completely frozen, I didn’t feel anything, which was good. This dentist has restored my belief that there are some who know what they are doing.

I went out to the reception area and paid and set an appointment for next Wednesday at 10:30am. I will return for the stitches to be taken out of the area today. And they will take out another tooth. One down, two more to go. After the bad teeth are gone, I will then consult with the dentist what he thinks will be best. I would like to get implants, a bridge or whatever the dentist thinks is best for me.

Later after the numbness wore off, I started to feel some pain so I took some over the counter pills and took a nap. I woke up about 90 minutes later and no pain at all. Im about to go to sleep now and no pain.

Looking forwards to next Wednesday!

Posted by lifeinrocinha at 9:50 PM