Paying homage to a loved member of the Community 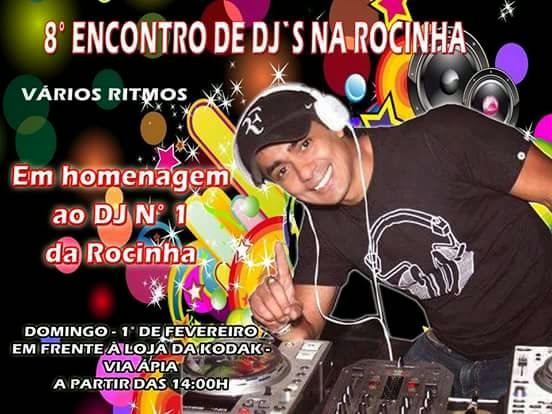 Last week Sunday the 25th of January, Rocinha lost one of its most loved personalities. Fernando Neri was a 41 year old resident of Rocinha. Fernando Neri or Dj Number 1 as he liked to be called, won a Dj competition years ago which is why this nickname lived on. He was a friend to all and his mission was through sound was able to transmit happiness.  From his hands flowed rythms and beats from all styles of music and created awesome unforgettable mixes live with his MPC.

At 41 years old, he was married and known throughout Rocinha from the hundreds of parties that he had played. He was responsible for the best Luau that the favela celebrated called "So Zueira o Luau". About 10 years earlier he was the one who organized the matinee (A youth Baile Funk party) at the nighclub called Varandao in Rocinha.

Fernado lost his life in a tragic motorcycle accident in Barra de Tijuca. The night before he had played a event in Tijuquinha, a small favela in Barra. Everybody was talking about how they had just seen him the night before. I was supposed to go to the party but I had to work early the next morning. Many people were posting their feelings of sadness and the solidarity of family to the memory of a worker from the community.

I still have a hard time believing that he is gone. I used to see him everyday when I would pass by Paulinho Kodak's film store where he worked.

In his honor the community decided to have a Dj Meeting right in front of Paulinho Kodak's store. These meetings are where dj's come from all over the favela to share the love of music and create a street party for the locals. Some local Mc's dropped by to sing, MC Binho, MC Dolores and MC Galo. Each took some time at the mic to blast out some favorite songs.

A friend of Fernando's said it best "A idol doesn't die, he becomes a legend".

Dj Fernando No.1 will be missed!

Some photos of the event below. 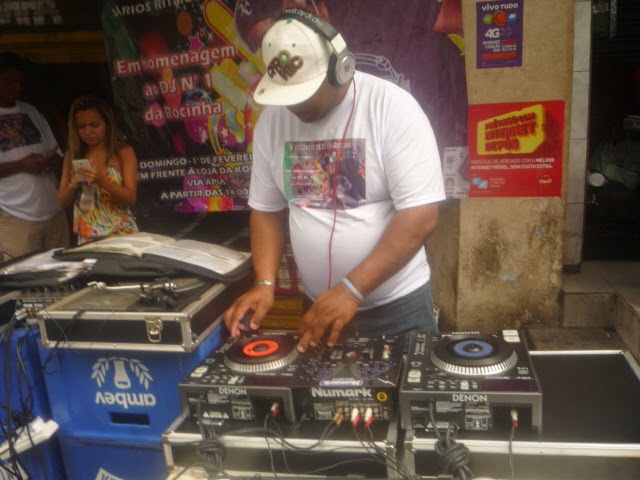 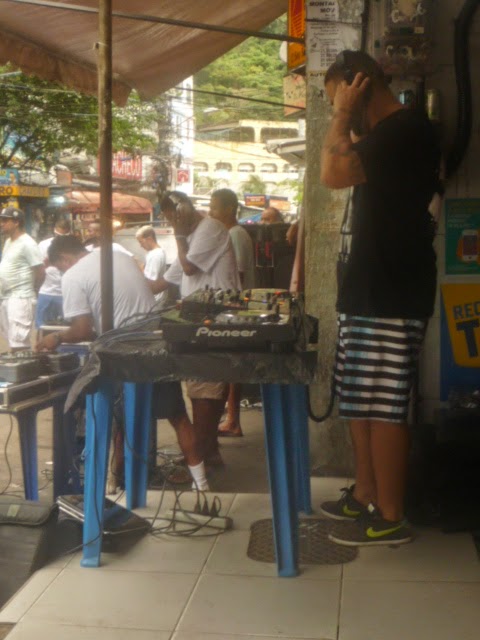 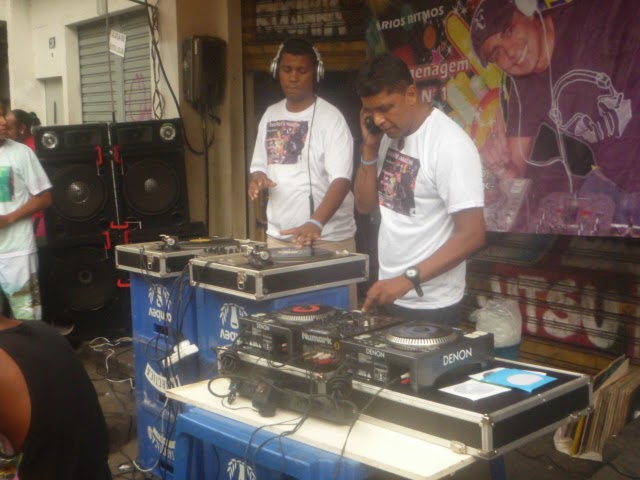 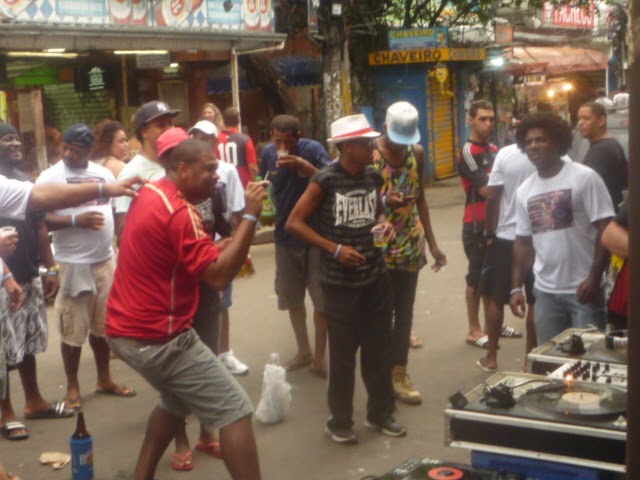 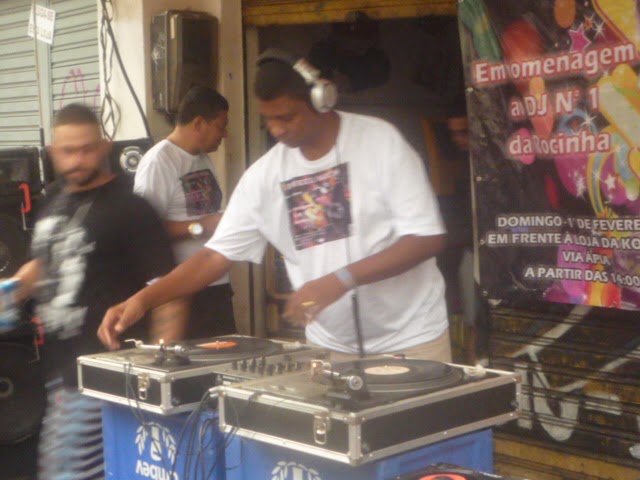 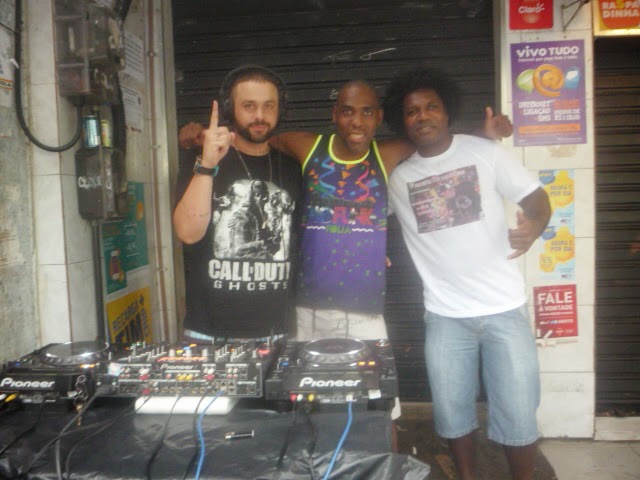 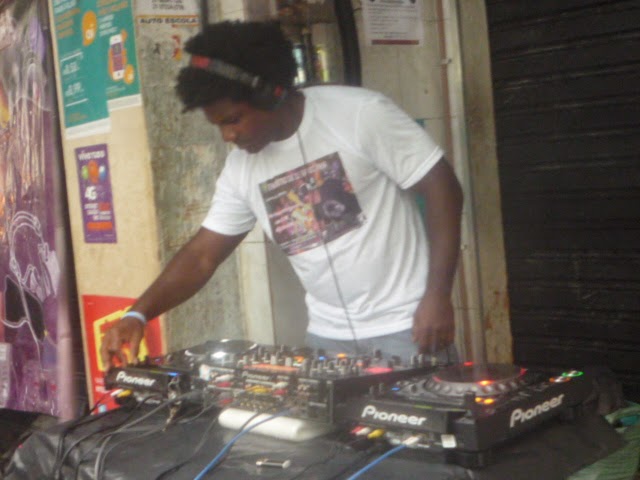 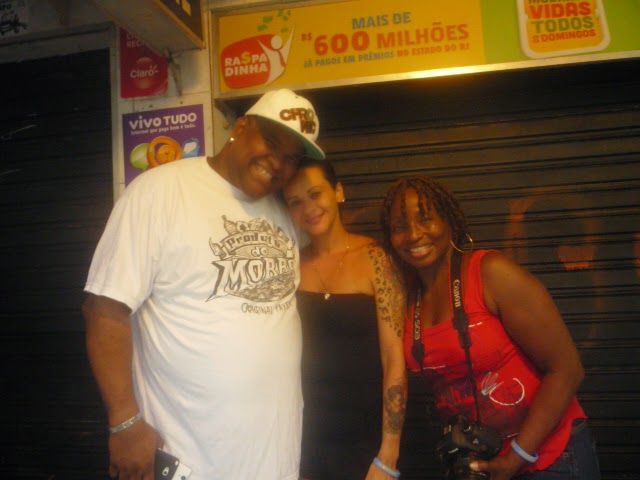 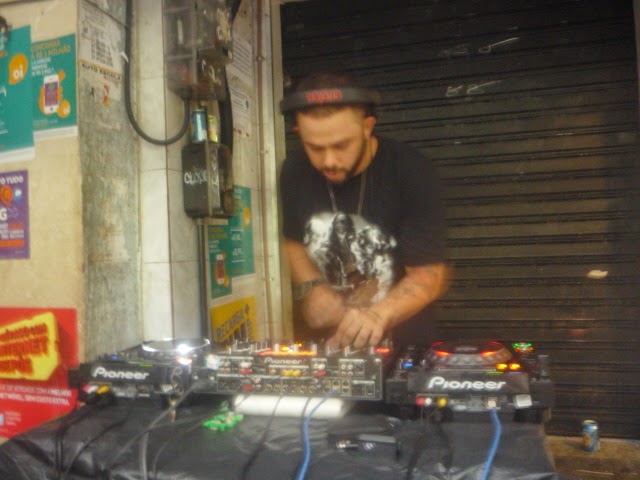 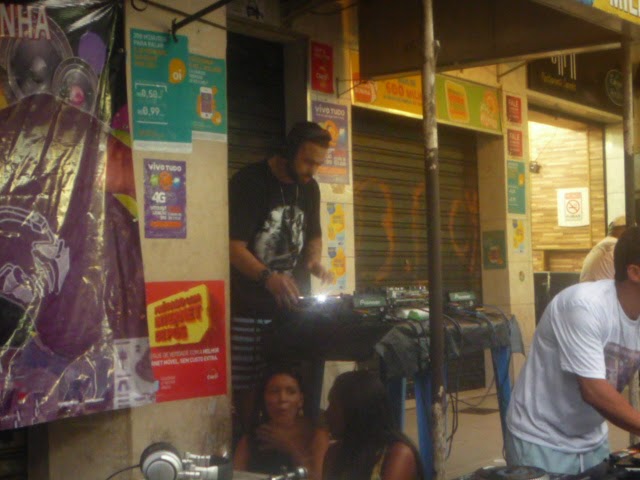 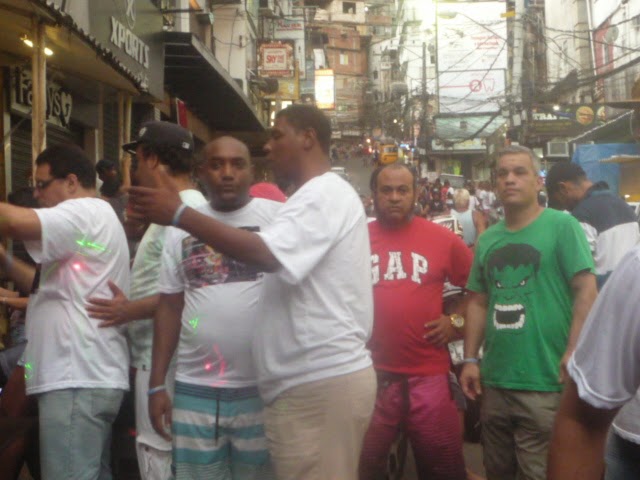 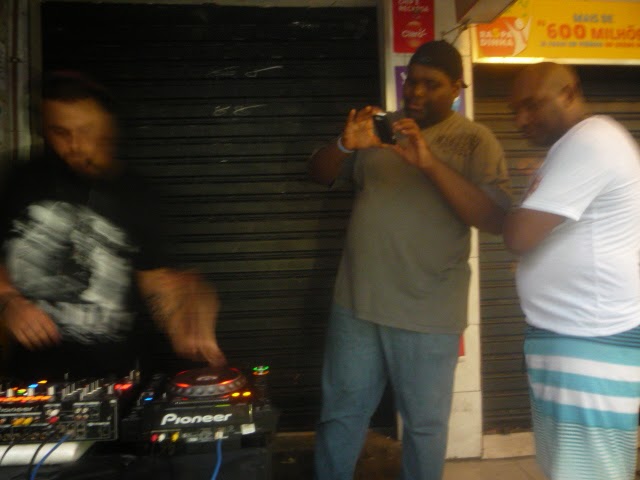 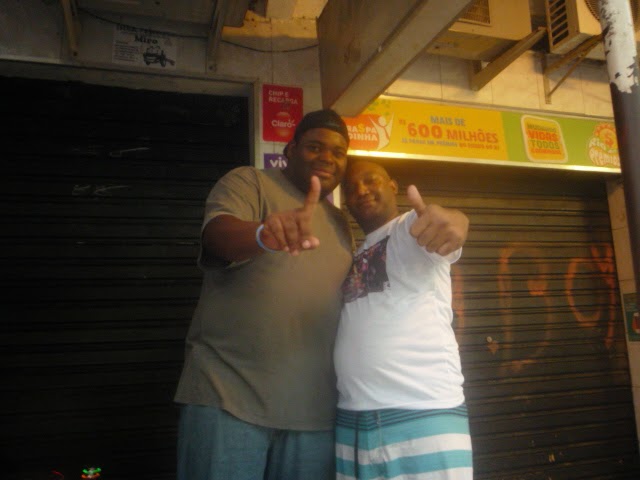 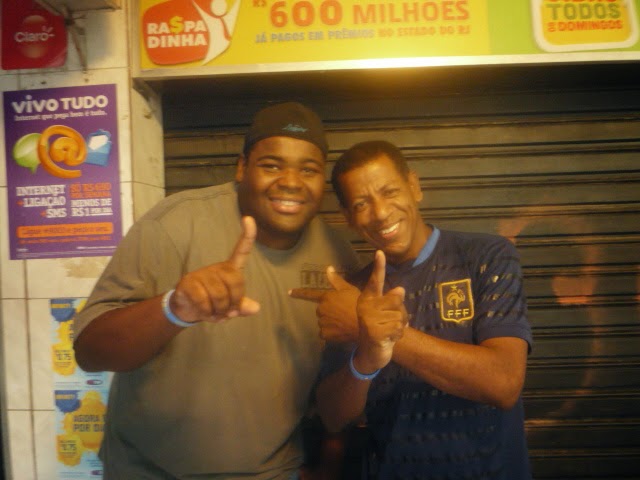 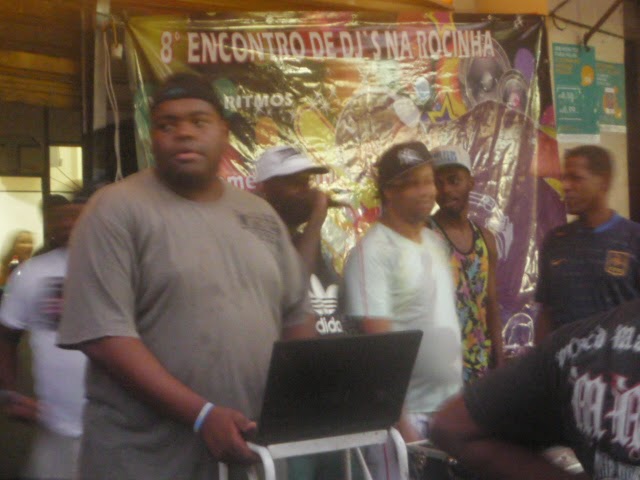 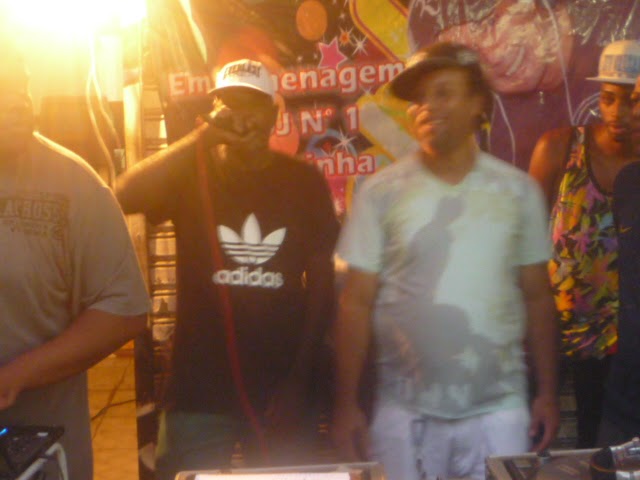 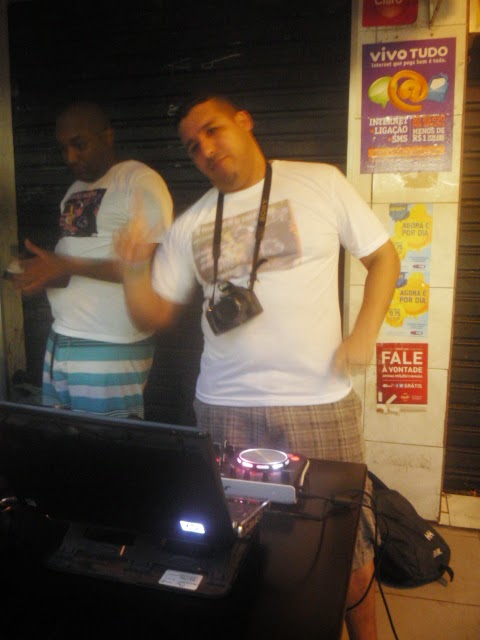 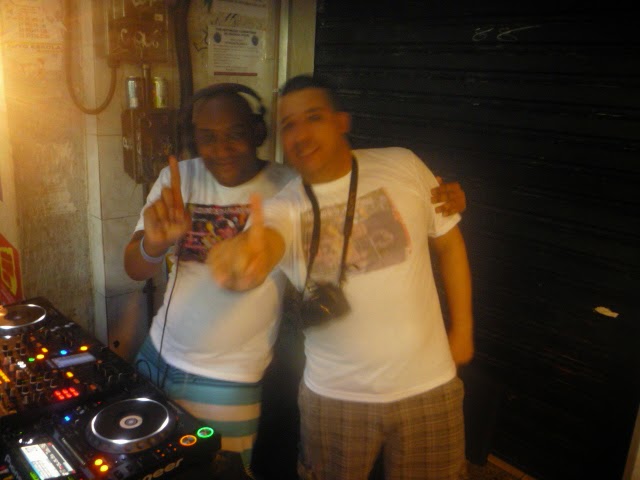 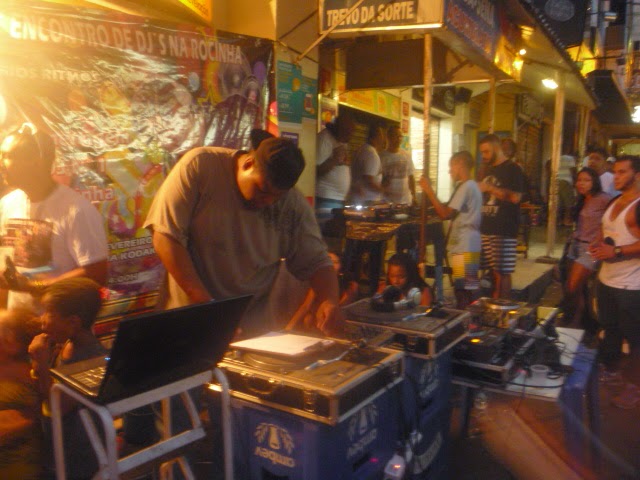 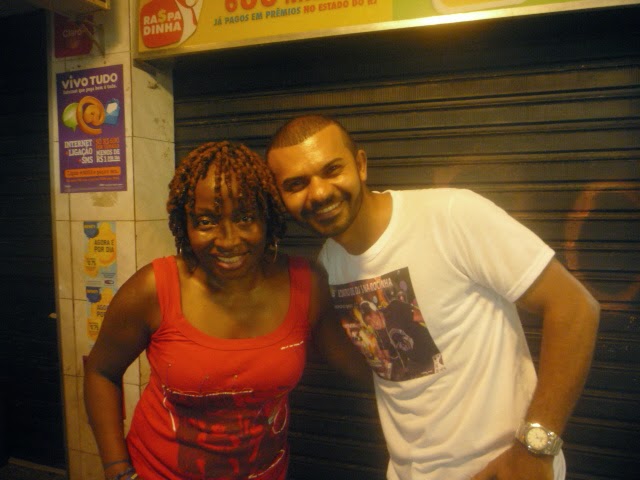 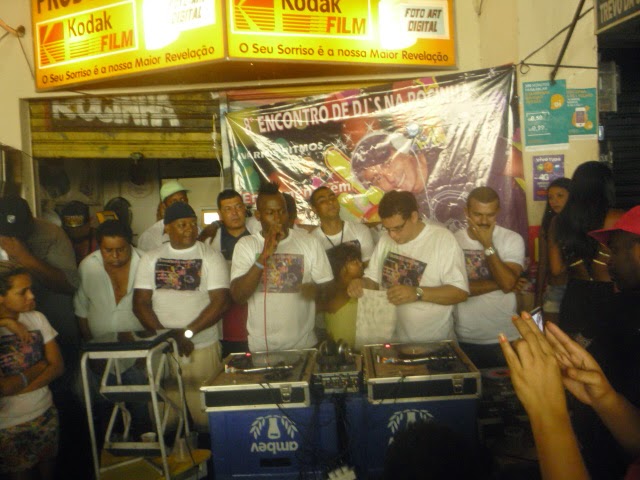 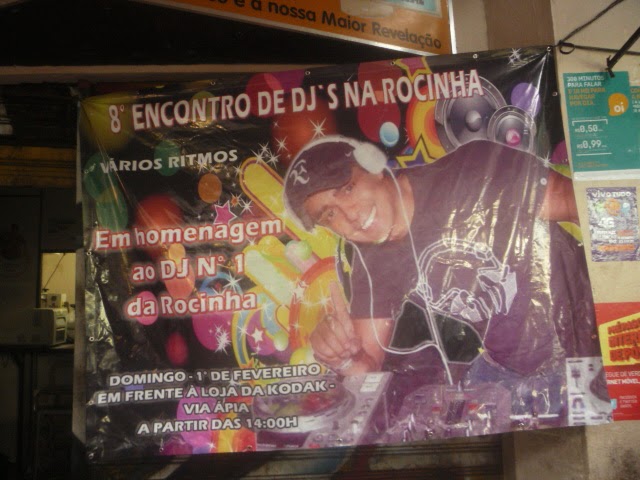 Posted by lifeinrocinha at 8:06 PM