For Love of the Animals! 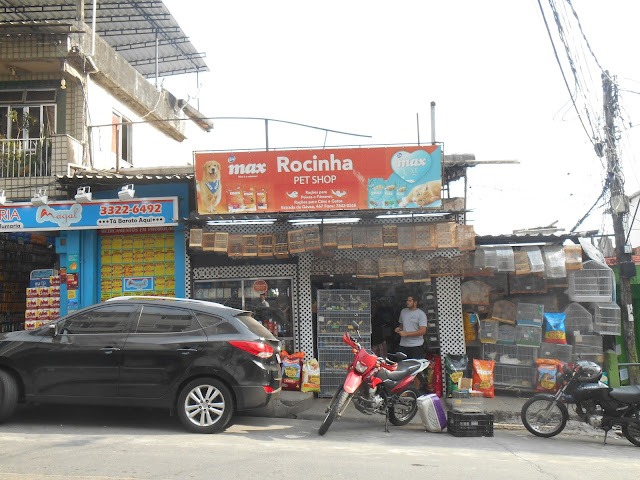 Since I found my cats in January of 2010, I have always bought my cat food and other extras here at Rocinha Pet Shop. They have always treated me well with good service and at times given me discounts. Their prices are also excellent in comparing with the other shops in Rocinha. This is where Cristiano and I met today! 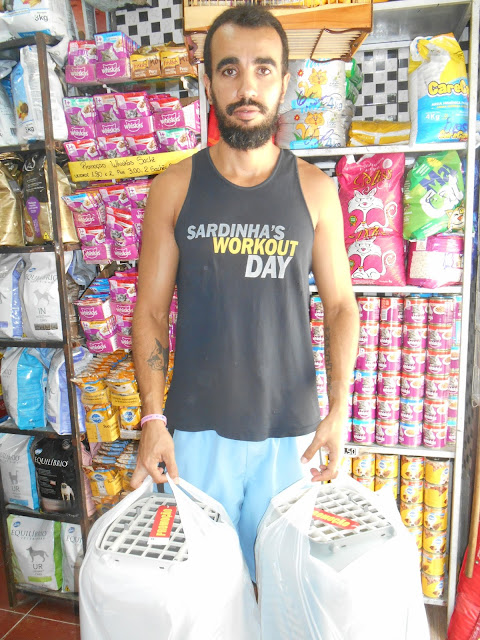 Cristiano can now help more cats and dogs to get castrated with these carriers. 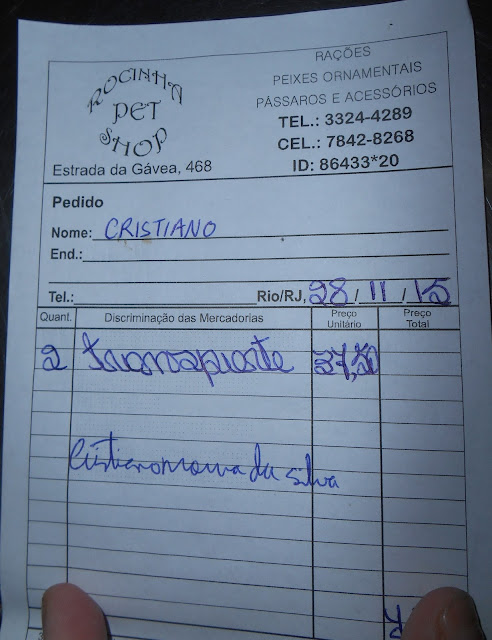 Receipt of the purchase of two carriers to help Cristiano with his work. 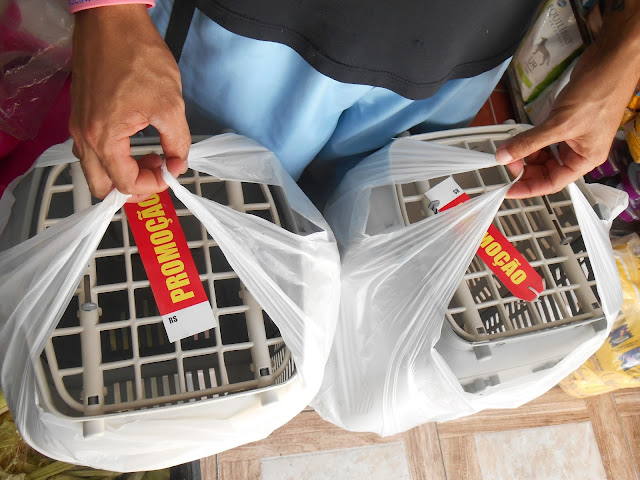 In my blog I like to focus on what’s going on in Rocinha. Often I meet special people doing amazing things. It not always easy to get people to tell their stories and that’s ok. But there are somewhere their stories need to be told.

Some months ago, I saw this story on Facebook about a cat who was living on the streets and was brought to the vet for care. The cat was in bad shape. I contacted the lady who wrote about her connection to this cat. The story moved me and I decided I would help. The cat went through treatment, but unfortunately did not survive. The whole thing upset me about this cat.

In Rocinha we have many animals, mostly dogs and cats living on the streets. These animals are not neutered or castrated. So they reproduce and create more. Unfortunately there are owners who refuse to castrate their animals because they think it’s cruel. But seeing homeless animals suffering is not cruel?

I don’t understand this mentality. How can one think this way? Would these same people allow their daughters to get pregnant many times and just throw the babies away? Of course not. Why do people treat animals this way? They are living beings that deserve respect too!

Through this experience with “Davi”, I saw that there were people trying to help the animals here. There was a webpage on Facebook called “Lar do Animais da Rocinha”. I inquired about the work they do a closely followed the page for about 4 months to see exactly what they do.

Finally I made contact with “Cristiano” and asked to be his friend on facebook as I noticed his love and caring for the animals of Rocinha.  He contacted me last night about needing help buying carriers for some cats he wanted to bring to the vet. We set up a meeting for today at 2:30pm. We met and I bought him 2 carriers so he can bring these cats to get fixed.

Cristiano da Silva is 31 years old and lives on Rua 2, which is one of the most dangerous here in Rocinha with constant battles between police and traffickers. He lives with his parents who support his work in helping the animals of Rocinha. He has joined with a vet here in the favela who will fix any of the cats or dogs that he brings in. He also has a connection with a store that helps provide him food as well.

Extra costs do come up so I have decided that I am going to put a percentage of money from the tours away to help his project. To help Cristiano's work with homeless and abandoned animals his page on Facebook is P.L.A.R. “Projeto Lar Aos Animais daRocinha”.

As our tourism company grows, I would like to continue to find people like Cristiano who are actively trying to better people's or animal's lives here in Rocinha. The more money we can raise through our work, the more projects can receive help. If you have any questions about the projects that we support, please contact us at: visitrocinha@gmail.com
Thank you!

Posted by lifeinrocinha at 1:48 PM


Our team is coming a long great. We are preparing for the busy season and want to employ as many local people as possible. Its awesome to see how we started out with two people and now we have access to about 9 people. Some of the guides also work with other tour companies. I do not hold anybody under contract so guides in Rocinha can work for whomever they want. These are three new guides that have joined with us in the last two months. Erik (the guide listed at the bottom) has been working with us off and on for about 2 years. It would be nice to find more women to be guides but finding English speakers is not very easy. 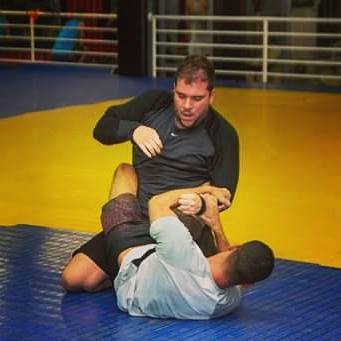 Bodyboarding is one of Guilherme's loves that he has been doing for 10 years.. 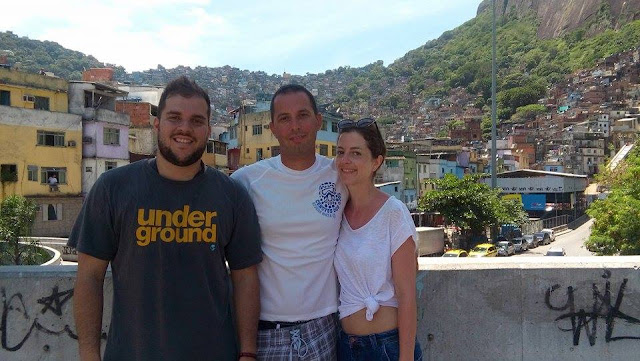 Guilherme with two tourists from Slovenia. Nikola Veljovic and her husband. 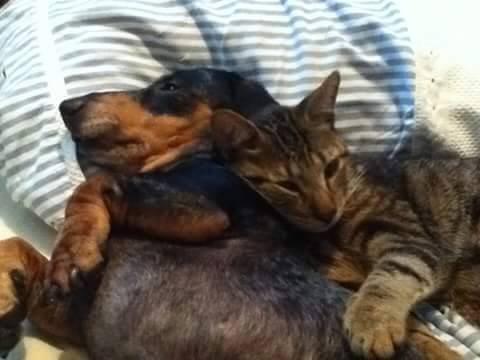 Guilherme loves his dog "Mengo" and kitty "Jorginho". They love each other.

I first met Guilherme or "Xuxa" (pronounced Shoo-Sha) as he is called back in 2007 when he was studying English at Two Brothers, a NGO here in Rocinha.
He was born and raised in Rocinha. He is now 24 years old. He used to hang out with Sandro, a graffiti artist and Jiu jitsu practitioner. When I would see Xuxa, he always enjoyed showing off his new ability to speak English. My friend Ryan came to visit in 2011 and donated his bodyboard to me to give to somebody in Rocinha. I knew Xuxa loved to bodyboard and knew that this would be a great present. Every month or so I would see him while walking through the community and always thought he would be a good choice as a guide. The only problem is he was already working at a store in Leblon. He went to  Estacio de Sa University and graduated in the hospitality sector so this tourism course is just adding to his objective.  I never knew about him graduating or making this course until recently. About 2 months ago I saw him and he told me his plans. He studies Monday through Friday from 8am -12 noon.

On the weekends Guilherme works with us. He also still bodyboards and is now training Jiu jitsu as well. His other hobbies are running, hiking and bike riding. He enjoys football and his favorite team is Flamengo. His favorite American football team is the Seattle Sea Hawks. He is a good addition to our team as he enjoys meeting people from all over the world. 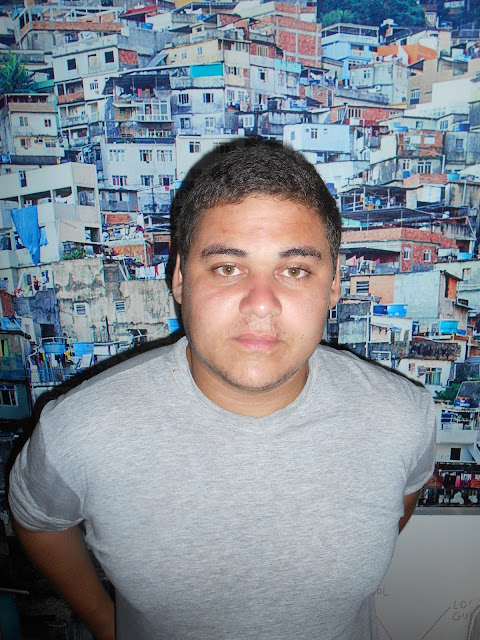 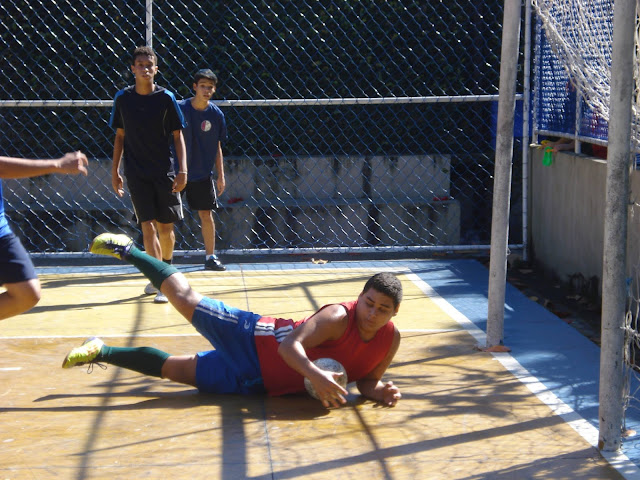 In the Rocinha, its common for kids to plat Futsal which is a game of 5 on 5. Due to lack of space for playing full field, Futsal is very popular. Here is Carlos making a save. 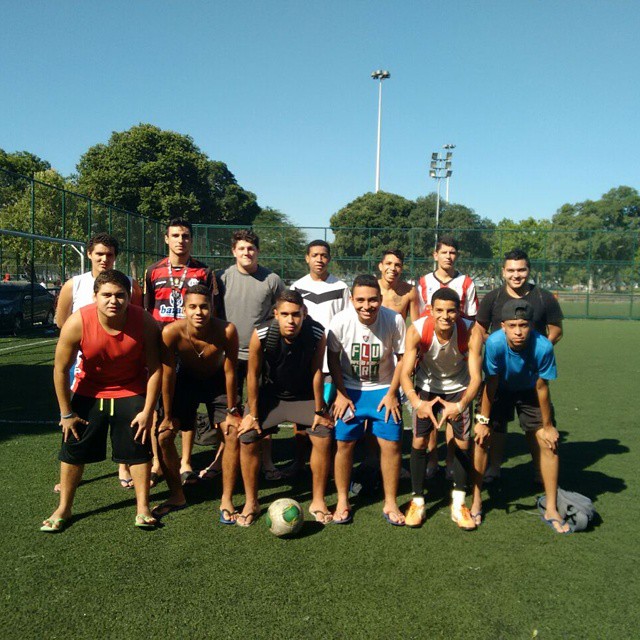 Carlos front row first on the left with the red shirt.

I remember making a two with two Canadian researchers about 3 months ago. We were walking down street number 4 as I was explaining the new construction of buildings that took place there in 2009. We can across this young man and we stopped to have a conversation with him. We ended up having an hour conversation with him about growing up in Rocinha and his future goals.

Carlos is 21 years old and was born and raised in the favela. He enjoys working part time with us as a guide so he can keep up with his studies. He lives with his father but visits his mother and brothers everyday. In his spare time he likes to play video games, go to the beach or read. He and his friends enjoy going to Lapa to listen to live music. Right now he is getting prepared for college and he is studying hard. He enjoys working and studying. He plays football recreationally with his friends. He is a fan of Flamengo like most people in Rocinha. He enjoys following the English National Team and his favorite team outside of Brazil is Manchester United. His plans are to go to University to study International Relations or History and eventually study outside of Brazil. 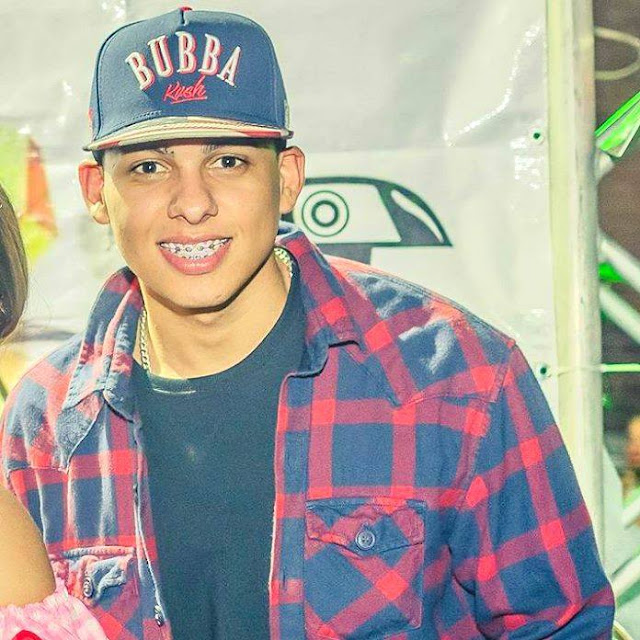 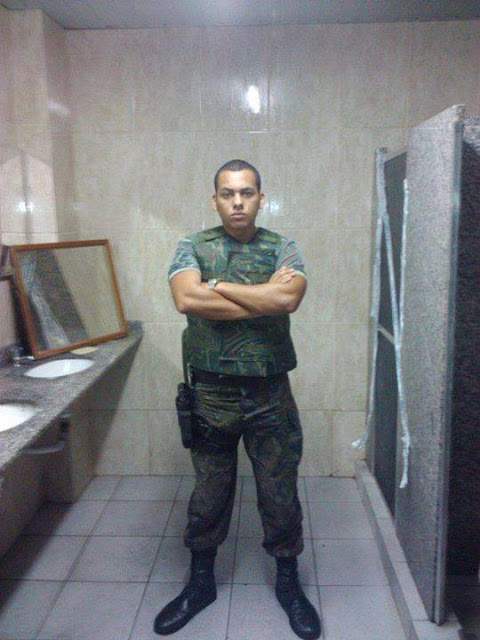 Daniel enjoys being in the Air Force. 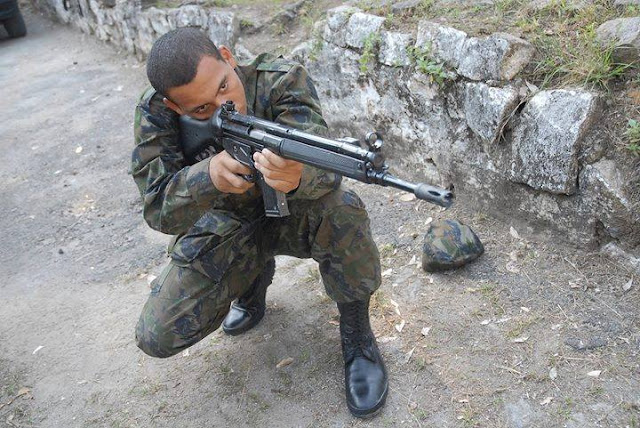 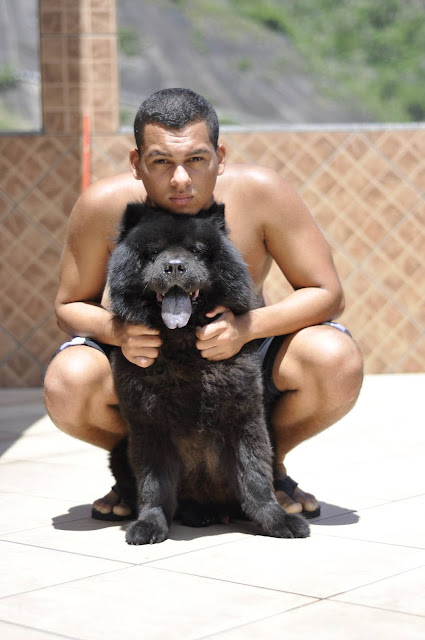 I met Daniel through Obi, who has been working with us over 1 year. Daniel expressed interest in wanting to work as a guide like Obi so he can improve his English. I asked Daniel to come by my house to meet with him and find out his plans. I also wanted to see how much English he can speak. At 23 years old he is in his 5th year enlisted in the Brazilian Air Force. His first taste of travel was when he visited Argentina to see an Air Force base there. He lives at home with his mother, father and brother. He learned English by studying at the American School in Gavea for 8 years. His plans are he would like to be an officer in the Air Force. If that does not work out his other choice is to study and graduate a course in tourism so he can show the beauty of Rio de Janeiro and Rocinha.
He loves sports and follows several American sports teams. He follows New York Giants (Football), Boston Celtics (NBA) and the Boston Red Sox (Baseball).
His own sport that he practices is Muay Thai kickboxing. He has a 13 year old Fluffy dog "Lion" who he loves dearly. With friends he likes to go dancing and enjoys hip hop.

Posted by lifeinrocinha at 8:43 PM