Jiu Jitsu competitor from Rocinha will run with the torch 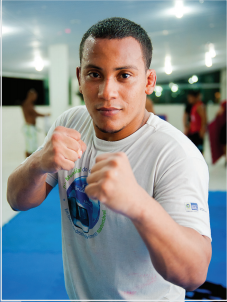 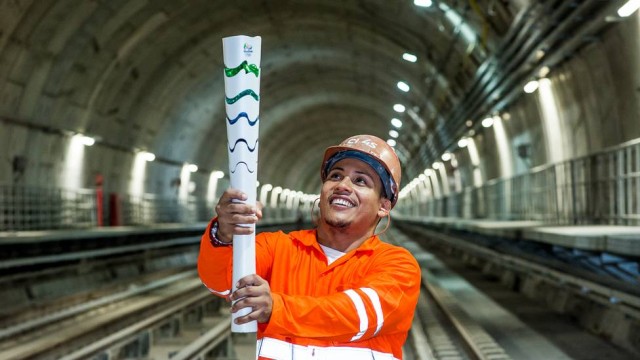 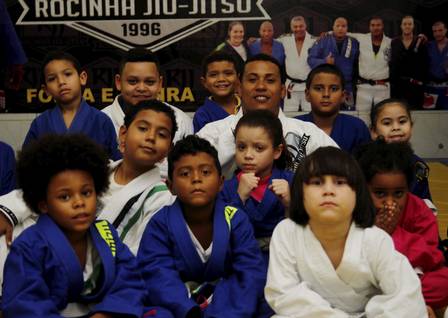 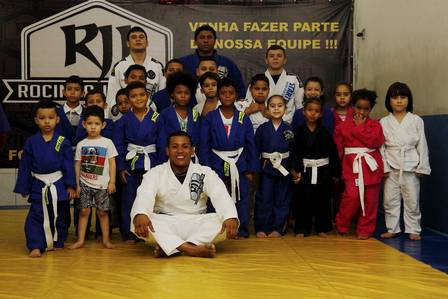 This post is to celebrate the Olympics taking place in Rio and the 20th Year Anniversary of Rocinha Jiu Jitsu.

Rocinha' Olympic hero wakes up at 6am, take the bus and works until 4pm working on getting the subway/metro ready for the Olympics.After work he becomes a hero to over 60 children in the favela community. Since 1996 Leandro Souza Dos Santos, 31, gives free jiu jitsu lessons were many have been here for years. On August 4th the everyday fighters will be one of Rio's chosen for the torch relay.

"Fighting has changed my life. I lost many friends to violence. Sport can change your view on life. Sport gives Discipline and self control. I am a winner and I am now reaping the rewards. I have my own home have a good job."

Born in a family of 8 brothers, Leandro remember the time when as young boys, sleeping "on top of one another" in a one room house. At the age of 14 he found jiu jitsu and at 16 came his big break. A good friend of his took him to the Gracie Family Academy.

"I was a fighter who had ability. One the first day, they decided to give me a scholarship. I trained morning, noon and night. I trained there for 3 years and received my black belt."

Leandro and friends created the Rocinha Jiu Jitsu project 20 years ago to help change the lives of children in the community. We demand that the kids stay in school. Everyone watches out for everyone, helping and once takes account for the performance of his training partners. I feel so proud to represent my community carrying the torch. And be an example for these boys.

Leandro, father of Larissa, 14, Leonardo, 12 and Gabriel, 9 all participate in Jiu Jitsu and are talented. With dad being being a jiu jitsu teacher the kids has full access to being able to train almost everyday.

"Im not saying this because I'm her dad but, Larissa is a good fighter. They have created a the group "Jiu jitsu girls". My daughter knows how to defend herself."

Leandro says that many of these kids improve in school after joining the jiu jitsu academy.

He says "By design, its been hundreds of this favela. We work the mind of the children too. They need more attention and love. Sport also teaches the value of discipline. All of the stress is on the mat."

"My parents came from the Northeast with six children and fought a lot. Me and my sister already were born here and didn't cause much trouble. But my brothers say that things became difficult and they would often share bread and a plate of food. My parents fought a lot. Today, myself and two of my brothers and a nephew, are fighters. I lost so many good friends to violence. Fighting really changed the vision of my life. Often, young people go to a lifestyle path that is not legal because they spend too much difficulty. They learn crime is easy money but it does not lead to happiness. In the academy, they find an environment of much attention and affection. Some become fighters, others will work in other areas. Six years ago, I started working on the subway in Leblon.  Before I worked in projects in Rocinha. I managed to buy my house and I am very happy. Now my dream is to make a UFC fight because also fight MMA . Even if it's one fight." 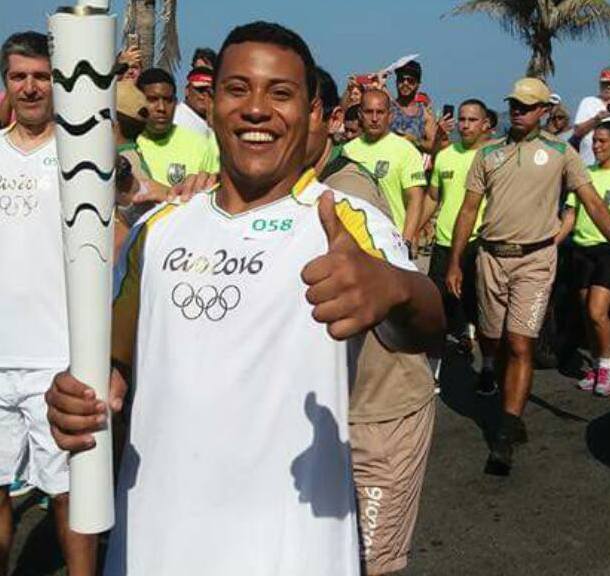 Leandro happy to be chosen to carry the torch for Brazil and Rocinha!

Posted by lifeinrocinha at 9:05 PM

Phoebe stays in Rocinha and volunteers! 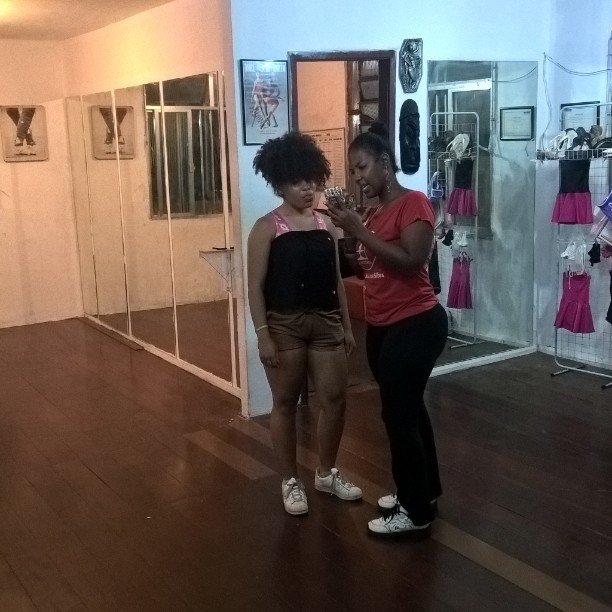 Phoebe contacted me months before coming here to volunteer. I showed her a few projects where they could use her help and she made many friends in Rocinha. This is her story.

1.) What is your name? Where are you from? My name is Phoebe, I am from Cambridge in England
2.) How did you come about visiting Brazil?
I am currently a gap year student, I saved to come travelling this year. Brazil has been my dream destination since I was a child. Mostly for its multiculturalism and dance. Being from England, Brazil stands for all that is exotic and other.

3.) How did you find out about Rocinha? Why did you decide to stay in Rocinha?
I've stayed in ghettos in Africa. I prefer this grassroots living. Historically, these marginalised areas are the main generators of culture and community. I chose to come to a favela to stay close to the insinuating rhythms of real Brazil.

I did my research of favelas in Rio. Rocinha is the biggest; is fairly visited by tourists; and is where pacification has been fairly effective. So for me it was ‘accessible’. When I wanted to learn more I contacted Zezinho whom I discovered through his online blog and he offered to help me find voluntary projects and recommended me accommodation.

4.) What kinds of things are you doing in Rocinha?
I found volunteer work with the help of Zezinho who located the places I work and enabled me to meet and communicate with the organisers. I teach contemporary and ballet dance at a local dance studio called ‘Aberte da Espaco’ run by a lovely, talented former-dancer named Yolanda.  And, I teach English with an Italian NGO called ‘il sorriso dei mei bimbi’. It's an open class hosted in a beautifully bohemian book cafe renovated from a garage.

I approach voluntary work as a cultural exchange of ideas and experiences towards a greater dissemination of knowledge.

For example, at ‘Aberte da Espaco’, as well as give classes I am also learning Afro-Brazilian and Samba dance which is so central to Brazilian culture. I love being involved with dance because this training stimulates students creatively and challenges them physically which balances and fufills a person spiritually.

And the Garagem provides a space for the convergence of people and ideas, a hub of activity, that puts motion into social development. My English class has a nice diversity of students of all ages and abilities to compose a picture of the community locally and outside of Rocinha.

The ‘give and take’ is the beauty of this interaction so I would stress travellers need not feel obliged to pay to volunteer with projects. I think that tarnishes the ethos.

5.) What do you like about Rocinha?
I would describe Rocinha as an intriguing amalgamation of Alice's wonderland and Batman’s Gotham city. Real and surreal. For a traveller searching for the fantastical Unknown but with a gritty down-to-earthness, lost in major touristic attractions, Rocinha could not better epitomise this.

My experience here I have coined the ‘falling-down-the-rabbit-hole-syndrome’, that is to say, the novelty and strangeness doesn't cease to impress itself upon me. Everyday I am the fresh-eyed Alice, or even the young Miranda exclaiming “Oh brave new world; that has such people in’t”.

The people are warm and abrasive which is my favourite kind. The favela that never sleeps, it also lives and breathes. You don't need to lodge in Copacabana to feel at the centre of it all.

6.) What don't you like about Rocinha?
There isn't enough of an intellectual culture here which I think there could be with the introduction of more social projects. I'd like to see some that promote arts and stage panel debates and host book clubs etc . A friend of mine is establishing a touring exhibition of his graffiti work in the area which I think is a great idea, though more targeted at tourists. There could be more for locals to engage with.

7.) How has been your overall experience here?
My days in Rocinha flutter by in casual disorder in between chilling on a stoop with neighbours eating acai; drinking in local bars where I recognise faces and mine is too now familiar; liaising on Sao Conrado beach which I prefer to Ipanema and Copacabana for its quiet tranquility; and cooking up a churrasco on a veranda in the hood. That is just the backdrop to my experiences here, yet it stages a very colourful scene. A scene which I feel apart of.

I enjoy the soundscapes: moto engines, funky beats from sound systems, samba whistles, and church bells, and a hum of chatter. The scenery when I'm soaring down Estrada da Gavea on a moto taxi or clambering up the alley of rua 1. All this is charged with a breath of Rocinha's spirit and it invigorates me and it's what I’ll remember and take with me.

8.) What would you change about the favela?
Like many favelas after pacification, Rocinha must take strides for greater infrastructure, particularly its sewage systems.

9.) We know that you are only here for 2 months, do you plan to return to Rocinha someday?
I fully intend to come back. I have made many personal ties here with people and the place and it would be a pleasure to return in the future. I am very interested to conduct academic research here for my anthropology degree and beyond.
10.) What is it that you would like the world to know about the favela?
This may be a ghetto but there is no ghettoisation of the mind. Rocinha does not follow a typical paradigm for poor, less educated communities around the world. Its infrastructure may be underdeveloped but its progressive ideals pertain to the first world.

Here, women will be at the beer as much as men. And work and party equally to their counterpart. Amongst the hyper masculine Brazilian males you will find a thriving LGBT community, transgender people are seamlessly integrated into the community without need for subcultures and fabulous Drags will stride with confidence, no heads turned. And the locals won't be gawking at the new gringo on the block. Generally, there is a sense of exposure and an air of open-mindedness.

Another thing, the entire time here I have felt comfortable walking alone at absolutely any time of day and night. As a female expect a few whistlers and depending on where you go out maybe an arm grabbing but nothing enough to make me personally feel vulnerable or endangered.

To get the most of the favela experience be conscientious and a little bold.
Befriending locals was the best way for me to educate myself and better explore the place. There's no real point plainly stating you can't go somewhere because it's dangerous. To rationalise this claim; a dangerous situation will not arise without provocation. That is to say, a drug trafficker isn't going to pay you much notice unless you really give them a reason to. So just be sensible and respectful but mostly relax, we are all human.

Posted by lifeinrocinha at 7:11 PM