Our Brazilian Jiu Jitsu School ROCINHA JIU JITSU needs used in good condition Jiu Jitsu (or Judo) Kimono's Gi's! We have many people who want to train but don't have the uniform. Can you help? Rocinha Jiu Jitsu will be celebrating their 20th year anniversary and there will be a small party on August 6th. The Olympics are coming to Rio and with many people travelling to Rio, we are hoping some with be Jiu Jitsu practitioners.

MY BACKGROUND
I first was exposed to Gracie Jiu Jitsu or BJJ (Brazilian Jiu Jitsu) after being shown a UFC tape back in 1996. I never thought where it would take me. From competing in BJJ and small MMA events in the US from 1997 until 2004, until now. I’m still involved in BJJ but in a different capacity. Before I trained BJJ, I practiced Judo from 1986 until 1994. So much of my life has been involved in some form of Martial Arts.
There are many people I need to thank for that, first being Carlson Gracie Sr. the first influence in my life when he had his school off of La Cienega Boulevard in Los Angeles. Meeting people like Amary Bitetti, Mario Sperry, Murilo Bustamante and Vitor Belfort, I never would have imagined just how the lives of all of us would change. Carlson Gracie Jr (Chicago), Carley Gracie (San Francisco), I have had the opportunity to be associated with many in the BJJ world and I am forever grateful. Those mentioned are just a few in my 20 years of involvement with BJJ. There are many more people who I have come in contact with as well who are instrumental with how I live my life now.

CURRENT DAY
I live in Rocinha, a favela of about 300,000 people. Favelas are “slums” or neglected areas where the government shows very little involvement. Regardless, we don’t wait for the government to do for us. We try to figure out things on our own.  This doesn’t mean that help isn’t appreciated. In sticking with my BJJ roots, I want to do something to give back. I am far from some rich person. I don’t earn a lot of money but think that many in the BJJ community want to help others.

Rocinha Jiu Jitsu is a school here in the favela that benefits those who want to train. RJJ was started in 1996 by a core of 3 guys Lenio “Montanha” Fortunato, Roberto “Merreca” Alves, and Alexandre “Baby” Carvalho . Baby is now teaching in the UAE and has been there about 7 years. Montanha and Merreca run the school with several other black belts. 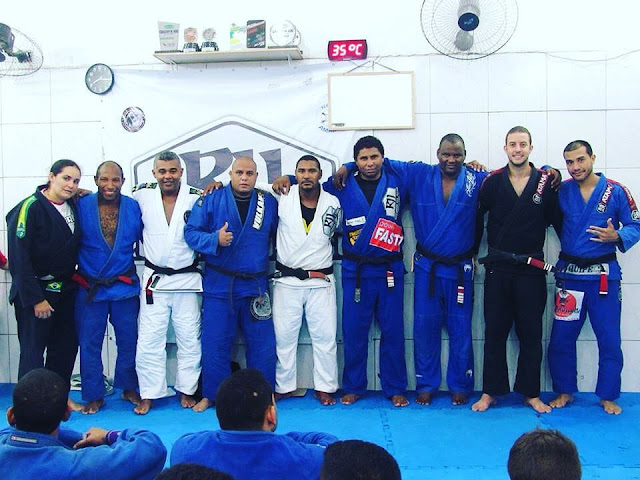 There is a lot of belt color in the school. In Rio, RJJ is ranked 7th out of about 40 schools in tournaments, so RJJ is a smart choice to train with top guys. RJJ is very open to receiving visitors are we not a heavy ego driven team. Respect is encouraged both on and off the mat! 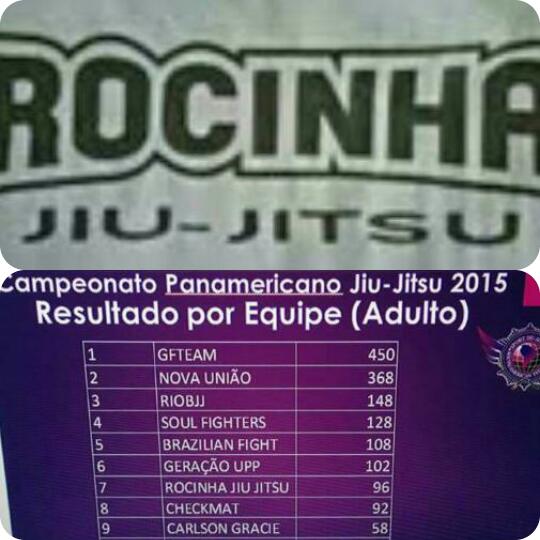 When they first started they taught in a run down place in one of the poorer areas of the favela called Roupa Suja. The school now caters to about 85 kids and about 100 adults. Children train for free and adults pay a small fee to support the rent needed to pay for their space. The instructors are all volunteers. Normally in each class there is a minimum of 2-3 black belts on the mat.

THE PLAN
There are many here in Rocinha that would love to train but they don’t have a Kimono/Gi. In Rio de Janeiro,  Kimono’s are expensive (about 100 reais for a decent Gi) especially for people in Rocinha. The average pay for people who live here is between 800-1300 reais a month.

What we need is used Kimono’s/Gis in good condition to give to kids, youth or adult. Do you have a Kimono that you can donate to this project?  We will accept Judo or Jiu Jitsu Gi’s are preferred as they last longer than the Karate Gi’s.

THE SPACE
I haven't really discussed this with the guys at RJJ, but where they currently train is not a very big mat space. Comfortably 4-5 Adult pairs can roll at the same time, thats 8-10 people. Classes are often 15-20 or more students. I am working in conjunction with another Project to buy a building here in Rocinha and I want to find a permanent home for RJJ. Read more about our plans here or here. I have already raised 70,000 reais towards this project but to get a fully matted facility that can accomodate 10-12 pairs rolling, the cost of a space like that will be about 300,000 reais.

TRAINING IN ROCINHA
If you are coming to Rio and would like to train with RJJ (Rocinha Jiu Jitsu), or want to donate GI's/Kimonos contact me at visitrocinha@gmail.com for more details.

If you would like to donate a Gi, please contact me and we can work out a meeting point in Copacabana, Ipanema or Leblon, or you could come visit the school and or train for a class to check it out.

For more info check out their Facebook Page at:
Rocinha Jiu Jitsu 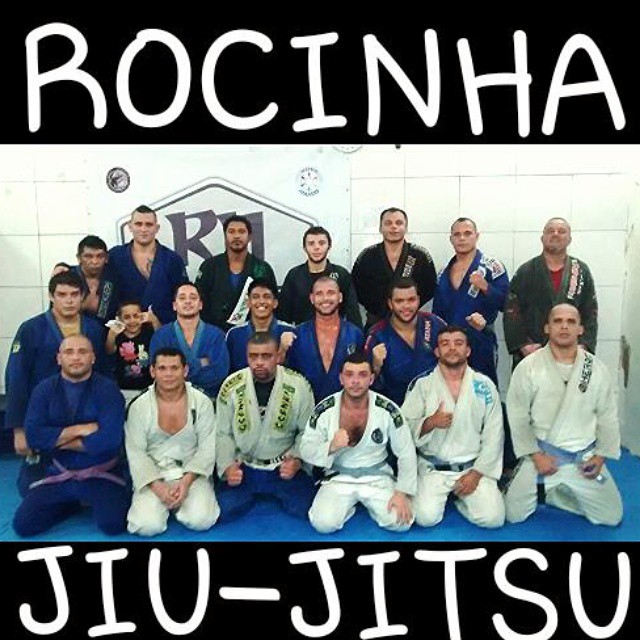 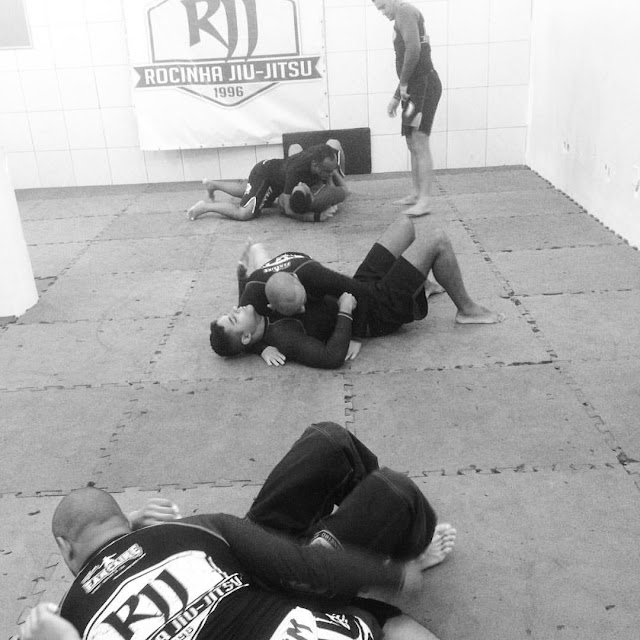 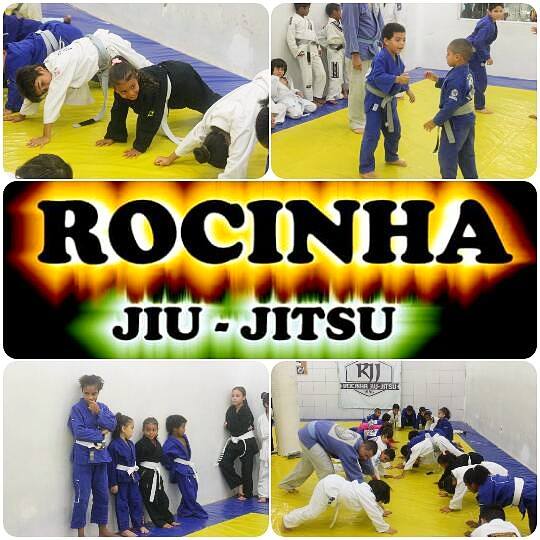 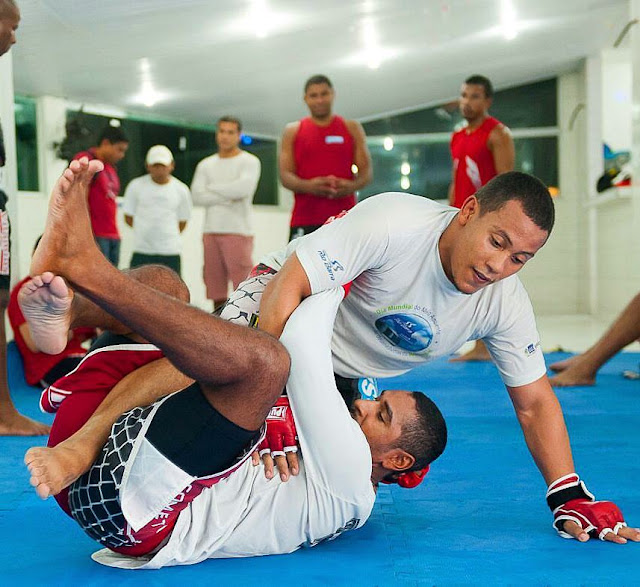 RJJ has the opportunity to train at X Sport a 2 minutes walk from where RJJ trains. The photo above is from a MMA class at X Sport.

Posted by lifeinrocinha at 7:02 PM